Sara Bomans and Remco Roes initiated Prett in 2010. It started by connecting fellow artists and other creatives in their home studio for low-threshold collaborations. The name 'Prett' is obviously inspired by Pritt, the sticky stuff, but 'pret' is also the Dutch word for 'fun'. Of foremost importance is the fact that these collaborations are a lot of fun :-) And in the mean time, we make some art! The aim is to connect people that don't know eachother and to stimulate new networks. Besides artists, Prett also invites people from other creative backgrounds such as writers, dancers, graphic designers, philosophers, etc. to build little bridges between different fields. Prett is a nomadic, seemingly disorganized initiative that exists in different forms. It could be just two people in a studio, but there have also been sessions with over seventy people at a wedding ceremony in a galery. Sometimes there are several session in one year, sometimes there are none for several years. The initiators don't claim Prett to be a professional organisation, but merely a series of impulsive outbursts of creativity. A work of art can only be called a 'Prett-work' when at least two participants have collaborated on it. Prett-works are never signed and thus pretend to have no value for the (money-side of the) artworld. Nevertheless, Prett-works are for sale, prices vary between €1 - €120 to make them accessible to anyone who might fancy them. The returns are used to purchase materials for next sessions. 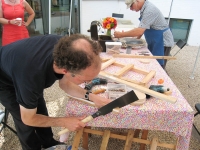 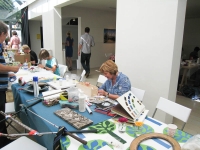 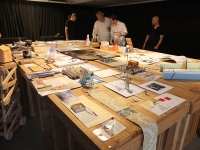 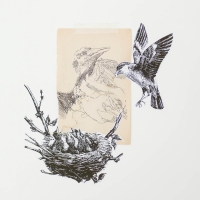 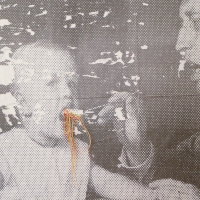 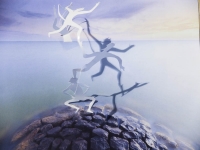 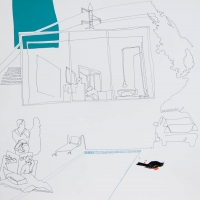